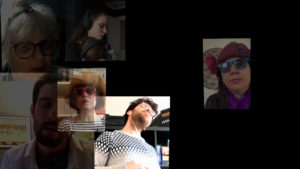 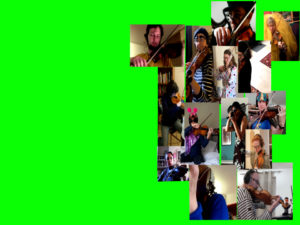 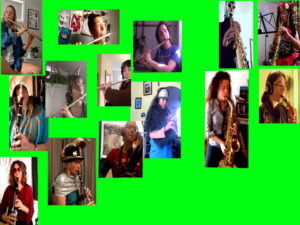 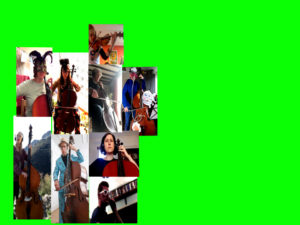 We played two big shows over the summer:

…and headlined at Keynsham Festival on Saturday 2 July…

…for which our set included a Dr John number, thoughtfully youtubed by the audience.

And then we got on our bikes and headed to Kent. More of which soon. Autumn’s been a busy season for the Fantasy Orchestra. First there was our set at the Priston Festival near Bath, then for Halloween we took over the Kuumba Centre in St Paul’s, Bristol for a night of macabre revels. The mostly new repertoire included songs by Dr John and the Specials, and Jeffrey Lewis’ If You Shoot the Head You Kill the Ghoul, which is fast becoming an orchestra favourite. Coming up on 5 December at the Trinity Centre: our second Bowie Night!

A quick summer roundup before the new term…

18 July: The day after we opened the Harbour Festival, we played at a wedding in Boiling Wells, St Werburghs: Then, after the Fantasy Orchestra summer picnic…

11-15 August: The Devon and Cornwall Tour, largely bicycle-based, taking in gigs in South Zeal and Yelverton: …and finishing at the Good Earth Festival, Keveral Farm:

Coming up: A set at the Priston Festival, 19 September! The Fantasy Orchestra, over 40-strong, opened the 2015 Bristol Harbour Festival in Queen Square on Friday 17 July.

A scaled-down Fantasy Orchestra played at this year’s Music on the Hill, organised by the Friends of Troopers Hill in St George, Bristol. A sizable audience of picnickers,  strollers, kids, dogs, and other species native to the hill’s protected grassland listened to the FO’s takes on Hendrix, the Beatles, Morricone, Bowie, and Bollywood’s RD Burman.

Here’s a clip from the set:

The Fantasy Orchestra took up residence in the Georgian splendour of Kings Weston House for an evening of music and wigs, with DJ sets from John Stapleton and Pencilface. From the second set: