Album – The Bear And Other Stories

Announcing the release of the Fantasy Orchestra first LP titled “The Bear and other stories” 28th feb 2020, the first single is The Empty Boat by Caetano Veloso.

Our version doesn’t differ much from the mind-blowing 1969 original which features an inspired arrangement by Rogério Duprat. We added choir and generally tried to make it more psychedelic. This song features orchestra leader and arranger Jesse D Vernon and partner Kate Stables on lead vocals.

“The arrangement of the latter was a fine use of the range of sounds available, wistful flute and haunting cello giving way to a rocking guitar solo – Jesse’s one indulgence of the evening (unless you count the whole exercise).”
Tony Benjamin Bristol 24/7 live review feb 2019

The video was made using pinhole photographs of members of The Fantasy Orchestra in Bristol and Paris. Many thanks to Anthony Lyons for helping with bristol photos and direction; to IanNichols for copious amounts of developing paper and to Kate for taking alot of the Paris pics.

The Fantasy Orchestra is an open-to-all community orchestra and choir based in Bristol and Paris since 2012. They began life as an Ennio Morricone covers band and have since developed full sets David Bowie, Leonard Cohen, Jimi Hendrix, and most recently, Radiohead.

The album was recorded in two days, one in Bristol, the other in Paris and features music by Sun Ra, Jimi Hendrix, Bristol artists Paul Bradley and Jamie Harrison; New York alt-noise group Buke and Gase and folk force of nature Richard Dawson. 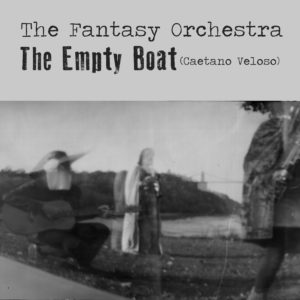 Liberation, France dec 2019
This grand Franco-British orchestra covers both historical classics and avant-garde pop as if the future of the planet depended on it…  [the orchestra]may be more than a little touched by madness, it also has its head screwed tightly on its 320 shoulders.
https://next.liberation.fr/musique/2019/12/16/le-son-du-jour-414-flottant-comme-the-fantasy-orchestra_1769472